Ocala and Marion County have a special treasure in the Silver River State Park and the Ocala National Forest.  With both of these areas to the east of Ocala, there is a great expanse of forests and lands that have been preserved as much as possible in their natural states.  The enjoyment of these lands and waterways continues today as it has for many hundreds of years.

Throughout the history of the River and the Springs, the Silver Rivers’ constant water temperature of 72 degrees has drawn both man and wildlife.  Many birds come this way on a migratory path, and the conditions along the River induces them to stay.  The eco-system that surrounds these birds has changed many of them from “snow birds” to year-round residents.  They have flourished along the Silver River and are not shy of boat traffic.  You can easily get up close for viewing and photos.

It is quite a show this time of year.  Migratory birds enhance the resident bird population, and as spring approaches, we enjoy observing their mating rituals, the nesting of the birds, and the feeding and first flight of the baby birds as they leave the nest.  A constancy of sound fills the air as the hawks teach their young to hunt.  The swooping and wild call of the Pileated Woodpeckers is stunning, almost primeval.  Herons, Ducks, Ibis’s, Egrets, Limpkins, Cormorants, Moorhens, Storks, Kites, Ospreys and Turkeys are some of the many birds you can expect to see as you travel the River.

‘Til next time…see you on the Rivers!

These pictures weren’t taken on the Silver or Ocklawaha River but they’re neat away. They were taken by Captain Nick when he was on a fishing trip to the Hotwater Discharge Canal near Crystal River, Florida. 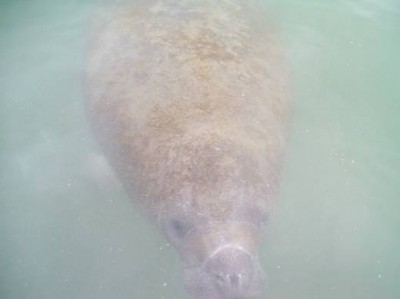 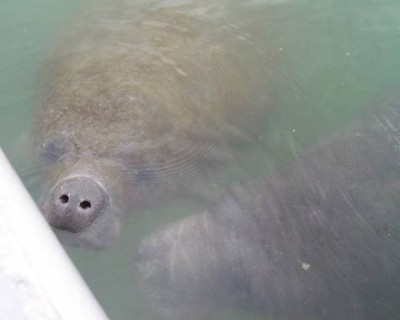